SPACE IS LIMITED! Only 12 spots available at each camp!  Reserve your spot for a $100 deposit!

Deposit grants access to Module 1 of the online training for the selected camp. Full access granted upon payment of balance.  Balance due by March 31, 2016.  See below for details on registering for multiple camps.

Learn how to use the visual media for God’s glory! Whether you want to make feature films, documentaries, or church videos, this training will equip you to make professional quality video productions that influence your world for the Kingdom of Christ!

WHAT YOU WILL LEARN – FILM CAMP

5 Modules of Online Training – totaling nearly 7 hours: Learn at your own pace in your own home!

Topics covered within the modules:

Ken and Zack have been working together in the video production industry as a father-son team since 2004. Their productions include the feature film In His Steps, TV series Welcome Home Antelope Valley, DVD releases The Pastor’s House, Father-Child Projects, The Courtship Formula documentary, and many short films. Ken is a certified Career and Technical Education (CTE) instructor in Audio/Video & film. He is also a pastor, author, life coach, actor and Christian film producer.

Zack has a long list of credits including producer, director, actor, and various crew credits. In 2012-13 he wrote, produced and directed the feature film In His Steps based on the Christian classic by Charles Sheldon, and produced the web series Indy Christian Review, which ran for 100 episodes.

WHAT YOU WILL LEARN – AUDIO CAMP 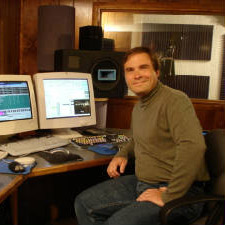 John is an award winning television/film composer and sound designer, who has been creating original music and sound design for over 25 years.   He has had his work aired on The Discovery Channel, History Channel, PBS, NBC, BBC, ABC Nightline, FOX Network,  A&E Biography, and for Focus on the Family(Adventures in Odyssey/Radio Theater), Answers in Genesis Creation Museum, Compassion Intl, and many independent feature films. Recently, he was supervising sound editor/sound designer on Stone Table Films latest feature film “Badge of Faith” as well as the feature film “Confessions of a Prodigal Son” starring Kevin Sorbo (currently featured on Netflix) and dialogue editor on Burns Studio “Beyond The Mask” starring John Rhys Davies   He currently resides in Colorado Springs, Colorado with his wife and two children.

WHAT YOU WILL LEARN – ACTING CAMP

ONLINE AND HANDS-ON TRAINING WILL INCLUDE: 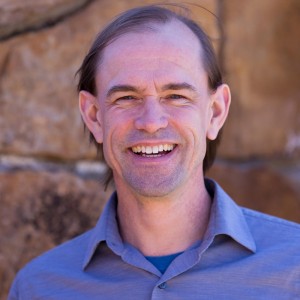 Rich Swingle has performed on five continents, 28 nations and in hundreds of venues with his one-man plays, workshops, and for film, TV and radio. Rich studied screenwriting with Jerome Coopersmith (over 100 episodes for all major networks). For the Beginners Bible video series, distributed by Sony Wonder, he did 20 roles including Jesus, Adam, and the Serpent. He has performed voice-overs and on-screen roles in several commercials and nine movies. He has performed and/or taught workshops in over 40 colleges or universities, including Namseoul University, Korea, Memphis University, and Princeton. Rich also spoke at the Ivy League Congress on Faith and Action, hosted by the Harvard University chapter of Christian Union. He has appeared in 17 films. Recent Christian feature film credits include In His Steps, Beyond the Mask, and a lead in Providence, which will open in select AMC Theatres nationwide starting February 12.

Sign up for more than one camp and SAVE!